How to Know if Someone Blocked you on Android? 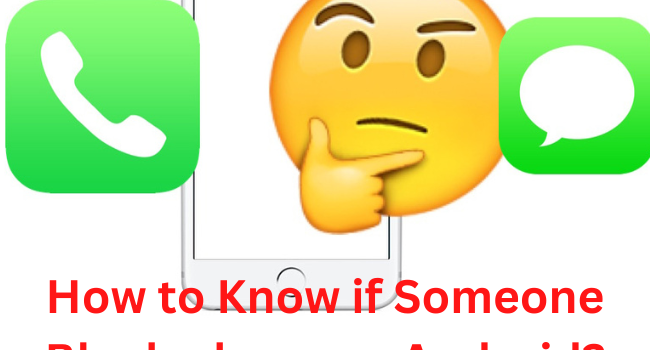 If your phone calls or text messages do not go through to a friend, they may have blocked your number.

There can be many reasons why someone doesn’t respond quickly, but if your texts aren’t going through and your calls go straight to voicemail, it’s possible that someone blocked you.

In this article we will talk about how to know if someone blocked you on android.

Contents hide
1 How to tell if someone blocked you on your Android?
1.1 Call from another phone.
1.2 Remove from contacts
1.3 Use *67.
1.4 Use social media
1.5 When a text message is blocked what does it say?
1.6 What color is the text when you are blocked?
2 How to Save YouTube Videos to Camera Roll Android?
3 What Android Phone Should i get?
4 How To Factory Reset Samsung Phone When Locked?

How to tell if someone blocked you on your Android?

For this, you need to make sure that your text messages and calls do not reach this person. If this happens consistently, you may have been blocked.

By doing this you can follow the below method to show them as suggested contacts on your phone, which will mean that you have not been blocked by anyone. 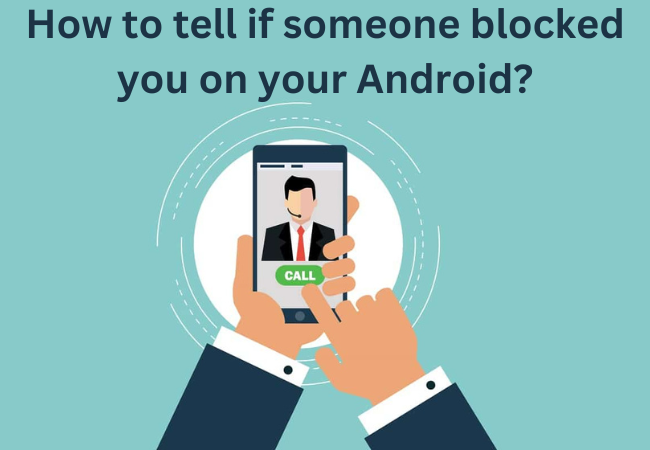 If your number is blocked, you can know this by checking the ring when you call. If it rings between three and ten times and then goes to voicemail, you’re not blocked.

It’s just that the person you call may have their phone turned off, on Do Not Disturb, or in airplane mode.

If the phone rings once and then goes to voicemail, it may be possible that your number has been blocked.

Call from another phone.

If you suspect that someone has blocked your number, the easiest way is to call from another phone.

You can also use someone else’s phone for this. If the number you are calling is called from another phone, then you know that your number has been blocked. 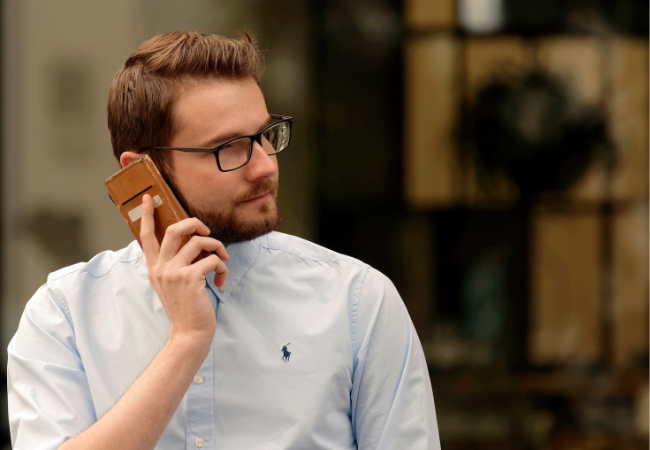 Another good way to check your status on another person’s phone is to delete them from your contact list.

You can then use the search bar in the Contacts app to find their name.

If their name does not appear as a suggested contact, this is a further indication that your number has been blocked.

Most people don’t pick up when they see an unknown call coming in, but again, you’re just checking the rings.

If you keep getting calls from someone’s number and not your number, it may be that you have been blocked.

If you have tried all the above methods and still do not know what the situation is, then you should try to contact the person in other ways.

You can send messages from Facebook Messenger, Instagram and WhatsApp. You can also send snail mail to them and see.

Remember, you can’t be 100% sure that someone has blocked you until the blocker tells you. 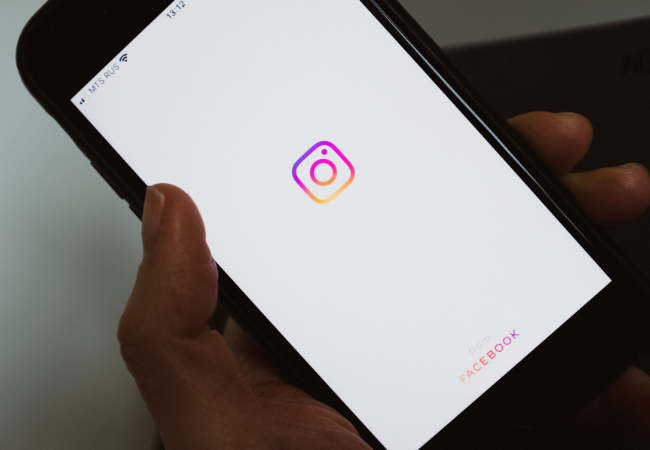 How do I know if my texts are being blocked?

If someone has blocked you, you don’t get any kind of notification but just a blank space below your text.

It’s worth noting that being blocked isn’t the only reason why you might not see a notification.

What happens when a person is blocked on Android?

When you block a number on your Android phone, you will not receive regular phone calls from it.

That is, calls from blocked numbers are automatically rejected. On some networks, calls may be sent to voicemail but you may not receive voicemail notifications.

When a text message is blocked what does it say?

If you’ve blocked someone from texting you, their texts don’t go anywhere.

What color is the text when you are blocked?

For this, you have to check the color of the bubble.

If text message fallback is already enabled on your device, it resorts to sending the message as a text message, meaning the text message bubble turns green after someone blocks you.

How to Save YouTube Videos to Camera Roll Android?

What Android Phone Should i get?

How To Factory Reset Samsung Phone When Locked?